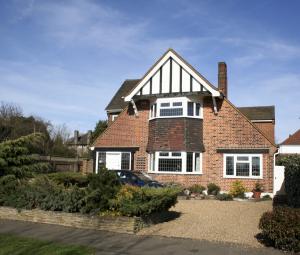 That’s the advice of Experian CreditExpert which carried out research among those hoping to buy a home through the scheme. It found almost two fifths (39 per cent) of 20 to 40-year-olds were planning to apply to the Help to Buy mortgage scheme in 2014.

But only two fifths of them (40 per cent) were registered to the electoral roll at their current address – something that can be a key factor not only in passing the identity verification checks and also in ensuring credit reports are as accurate as possible.

The insight report found a quarter of would-be applicants have never reviewed their own credit report and seven per cent have not saved for a deposit.

In fact, more than a quarter (26 per cent) have saved less than the £5,000 required to partake in the scheme.

- 14 per cent think having a good credit history is less important for Help to Buy than for conventional mortgages – when the opposite is likely to be true.

- The average deposit saved by Help to Buy Hopefuls is £9,590, but seven per cent have yet to save anything.

- Londoners have the largest deposits, with 53 per cent having £10k or more and 19 per cent more than £20k. Just one per cent have no deposit, compared to 14 per cent of those in the East Midlands